Can’t deny that her songs are catchy. Def. a lot of fun to dance to. But as far as her outrageous outfits, hairstyles, and strange attitude, I’m just not sure whether I find her likable or not. She’s def. brave to wear the things she does, and sometimes it’s even cute, like that stupid hair bow she wore that everyone and their mother later copied. But I heard that in an interview, she once said that she never stops being Lady Gaga, that she wakes up being this outrageous person, and I just find that hard to believe. I think it makes her less personable. There’s no way a person can be so made up all of the time. She’s never photographed in regular clothes, going to the gym in sweats, or whatever. And instead of making her badass, that just makes her too fake for me. I like seeing the “normal” side of celebrities. That’s why I like Taylor Swift so much. She just seems so much more real. She can dress up in a funky cool outfit, or do a strange music video, but then she shows you at the end of the day that she’s just a normal girl. And Gaga doesn’t do that. Even though they’re both relatively the same age, late teens/early twenties.

Anyways, found this new video interesting. Kinda reiterates everything she is and what she’s said about herself. And you can’t deny it’s pretty freaking cool. Enjoy. 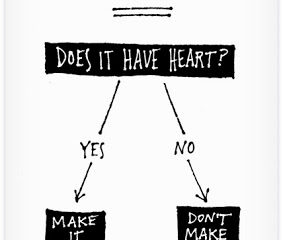