A week ago, I think the only people who had seen my portfolio were my parents, my teachers and fellow students from the Creative Circus, and anyone whom I had begged to give me a job when I graduated in 2009. Then, all of sudden, it seems like everyone on the internet is talking about a campaign I did with copywriter friend, Matt Kappler. 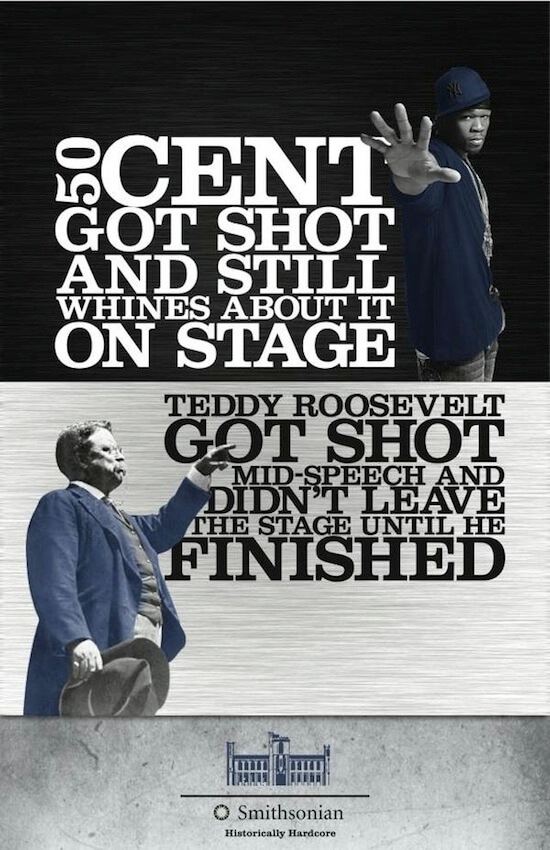 At first it was really cool, seeing the ads pop up on a blog here and there, seeing people tweet about them, comment on them. I started to follow tags for Smithsonian and Historically Hardcore on tumblr and twitter, watching people talk about the ads, how they hoped they were real, proud that an institution like that might actually doing something unconventional with their advertising.  I tried to correct as many people as possible, especially when the ads started being talked about on more mainstream blogs. And then last night, someone posted the ads on Reddit. And everything went kinda crazy from there.

I was chatting with my brother, a regular on Reddit, when I saw a tweet linking them to a thread there. I told my brother, “Hey look! I’m on Reddit! How cool!” Next thing we know, that post, plus another one with the ads in it, were holding the number 1 and 3 spot on Reddit’s coveted front page.

This morning I started getting phone calls from different news venues in Washington, DC.  It was after the first call that I decided it was probably time to get in touch with someone from Smithsonian, just to cover my ass.  Well, they were less than pleased about the attention the posters were getting and requested that I take them down immediately.  Honestly, I don’t blame them. If someone put something out there with my name on it, I wouldn’t be too happy about it either, no matter how awesome it was.

I immediately complied, getting rid of any trace of the museum’s logo, name, and building on the posters and my portfolio site they were posted to. (The posters were also posted on DeviantArt, where through that site, it was possible to buy them as prints. However, I immediately took them down after my conversation with the Smithsonian.) I’m not really one that goes around trying to piss people off. Especially government-run facilities.

It has been pretty amazing seeing peoples’ comments on these ads. Our goal was to reach high school and college students, to try and engage them in a subject that many of them find extremely boring. To encourage them to learn more about people who they might have disregarded as stiff and dull. I think I can say without a doubt, if this had been a real campaign, it would have been immensely successful.

I have seen so many people commenting, saying things like “I want to go to the Smithsonian now!” and “History is awesome! I want these on my wall!”  (Seriously, I have.)  It’s nice to know that a clean concept and execution can really get people excited. I think it shows that campaigns don’t have to be heavily technological and gimmicky to attract attention. Sure, social media was the enormous drive behind the spread of this project, but these were meant to be simple posters. Not some crazy website or funny commercials.

I’ve barely seen any negative comments on the posters, except for ones concerning the light portrayal of Genghis Khan and his treatment of women.  You can see my response to one tumblr’s comments here. I don’t think I could say it any better than that.

So thank you to everyone who tweeted, tumbled, liked, loved, and shared these ads. It has been a crazy ride, following everything, and I hope I can continue to create such memorable ads for the rest of my career.

Oh yea, and for those of you asking about getting prints of the posters made: I decided it would probably be too risky to sell them considering all of the images used are probably copyrighted. I know I never took any photos of 50 Cent. So feel free to download the high-res pdfs from here and print them out as big as you want! And send me pictures! If they’re in a classroom, a dorm room, or even a random wall on the side of a building, I want to see them! 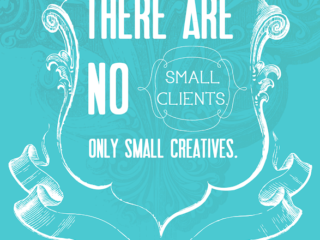 Next Post (n) I was bored so I made this...
Jenny Dougherty | Art Director